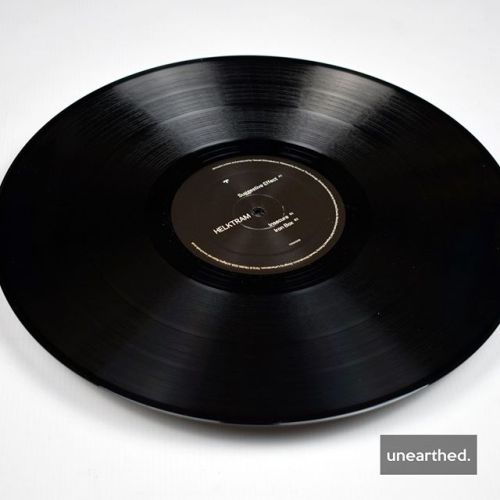 Sounding like the production line of a steel plant, “Suggestive Effect” gallops with metallic sonics and coilgun snares as the low end ripples and undulates speaker cones apart in its single minded purpose. “Insecure” fizzes with electromagnetic hum, airlock whispers, clinical atmospherics, and the sonar blips of techno while remaining firmly within the dubstep realm, that is, until midway through when the bassline morphs into something more fluid than the half-time stomp of most dubstep.